In this week’s article I am going to share the autosomal charts of peoples that are neighbor or proximate to the eastern Black Sea; you can see the results of Armenians, Cappadocian Greeks, Georgians and Giresun Turks in the charts and can find the explanation of the charts below. 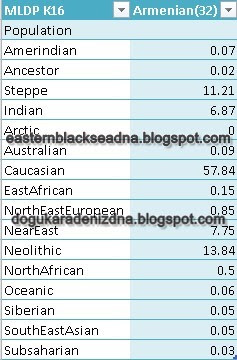 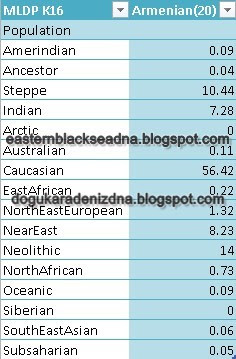 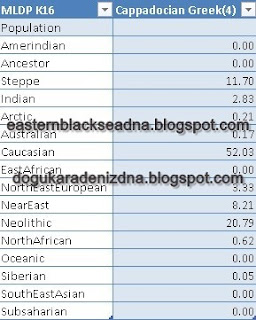 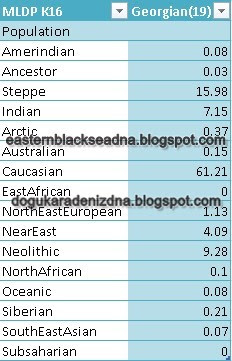 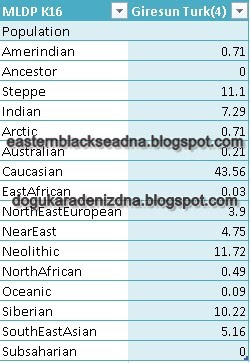 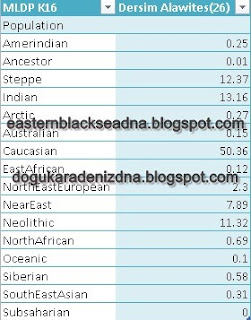 Amerindian - a component, which is modal (i.e has a peak) in various native American groups of North and South America, as well as in ancient DNA of Native Americans (Clovis, Kennewick man, etc).

Ancestor - an archaic component, detected in modern African Pygmy populations (such as Mbuties and Biaka) and Khoisan hunter-gatherers.

Steppe - a component which was sourced from ancient genome of European Bronze Age pastoralists: it roughly approximates levels of ancient North Eurasian hunter-gatherers' heritage, which was subsequently shown to have an influence in later eastern hunter-gatherers and to have spread into Europe via an incursion of Steppe herders beginning 4,500 years ago.

Indian - a component of ancestry harboured by populations of Indian subcontinent

Arctic - a component displayed in genomes of Eskimo Inuits from Greenland and shared with Siberian Chukchis/Koryaks.

Australian - a component of aboriginal ancestry assigned to Australian aborigens.

Caucasian - a major component of ancestry of modern inhabitants of Caucasus, Iran and northern Indian       : it was derived from genomes of mesolithic Caucasian Hunter-gatherers: a major ancestral component linked to CHG was carried west and east by migrating herders from the Eurasian Steppe.

NearEast - a component harboured and later carried by ancient populations of Near East, in our time it reaches the maximum among Bedoins and Saudi Arabians; the component seems to carry an excess of Eurasian Basal component relative to Neolithic component.

Neolithic - a component, modeled on genomes of first neolithic farmers of Anatolia (West Asia), these farmers from West Asia migrated to Europe during the Neolithic and carried this component with them.

NorthAfrican - a local component of ancestry found in North Africans: this local North African genetic component is very different from the one found in the populations in the south of the Sahara (Subsaharian component, see below).

Oceanic - a component of aboriginal ancestry assigned to aborigens of Melanesia and Papua-New-Guinea.

Siberian - a component, which is rougly ascribed to Central Siberian (found at highest frequency in Nganasan)

SouthEastAsian - a dominant component of South East Asians: being highest among the Dai, Cambodians, Lahu and Malay, this is the most common East Asian component among South Asians.

Subsaharian - a main component of ancestry seen in Yoruba, Mandenka and Luhya populations.
Posted by Trabzon Genetik at 23:45