In this week’s article I will write on mtDNA, which is both wondered about and highly neglected. I will end the series of articles on Trabzon Y-DNA and mtDNA with this article and pass on to other populations.

In this study I will publish the table I created based on the mtDNA of 25 people from Trabzon and give brief information about these.  While the variety of Y-DNA in Trabzon is 9, the variety of mtDNA is 15. Some of these results have not been analyzed in detail sufficiently, this makes this subject quite hard to research and make inferences.

Let’s begin with the table; 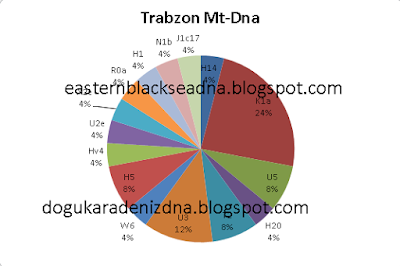 K1a: Frequent in Anatolia, the Balkans, East and South Europe. Its most frequent sub-branch in Trabzon is K1a4, it is thought that this is the main branch of Neolithic farmers. Another branch is K1a1 (this branch was also found in Barcın Höyük). 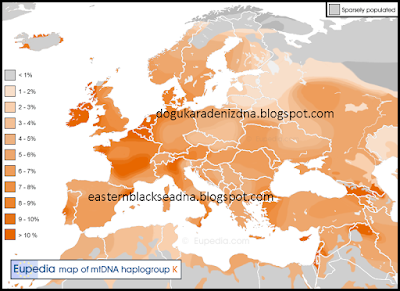 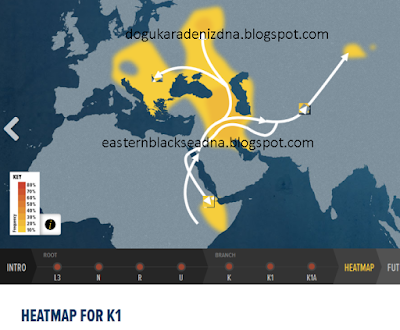 U3:  Frequent in various regions of Anatolia, the Balkans and Europe. All of the ones in Trabzon are U3b2, it is probable that they are U3b2a based on the samples whose sub-branch is known. This branch is frequent in Italy, Turkey and Armenia. 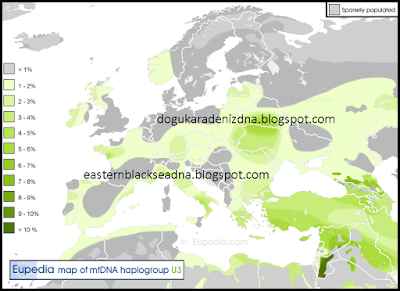 U5: All of the ones in Trabzon are from the U5a1a branch, this branch, which comes from the Indo-European culture, was found in elite Mycenaean tombs in Greece.  It is believed to be among the bearers of the Proto-Greek language to Greece. It is frequent in North, Central and East Europe. 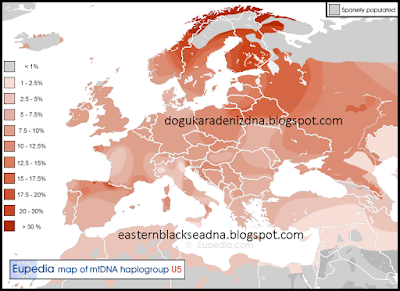 H5: Frequent in Anatolia, the Levant and especially Europe. It is found in highest ratios in countries such as Wales, Slovenia, Lithuania and Belgium. 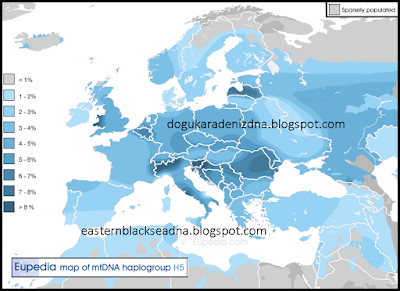 H1: The most dominant mtDNA haplogroup in Europe. 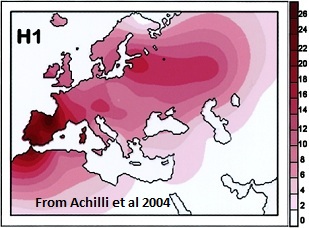 J1c: Its branch found in Trabzon is J1c17. This branch was found in Sardinia and Neolithic Germany.

H14: Spread over a wide geography from Italy through Iran.

H20: This haplogroup, which was found among the Neolithic Catalonian samples, is frequent around England, Hungary, Italy and the Caucasus.

T2: Frequent in the Near East and South Europe. Its branches found in Trabzon are T2c1 and T2e.

W6: Frequent over a wide geography from England through India.

U2: Its branch found in Trabzon is U2e1. This branch is frequent in West and North Europe.

X2e: Frequent in Europe and the Near East.

N1b: Frequent in the Near East, the Caucasus and Europe.

Posted by Trabzon Genetik at 23:46